The Value of Leaning Back

What we once thought of as “TV” has been consistently becoming digital for years. Netflix, a digital streaming service, is frequently nominated for Emmy’s for its own original shows. It’s becoming one of the most high-profile developers of television. And you can’t watch their programs via cable.

This is in stark contrast to TV, where users literally lean back on their couch and let the entertainment play. As digital continues to become the medium with which we consume the most video content, the more brands will be able to capitalize on this lean-back experience through digital. Here’s some examples of the new lean-back digital world: 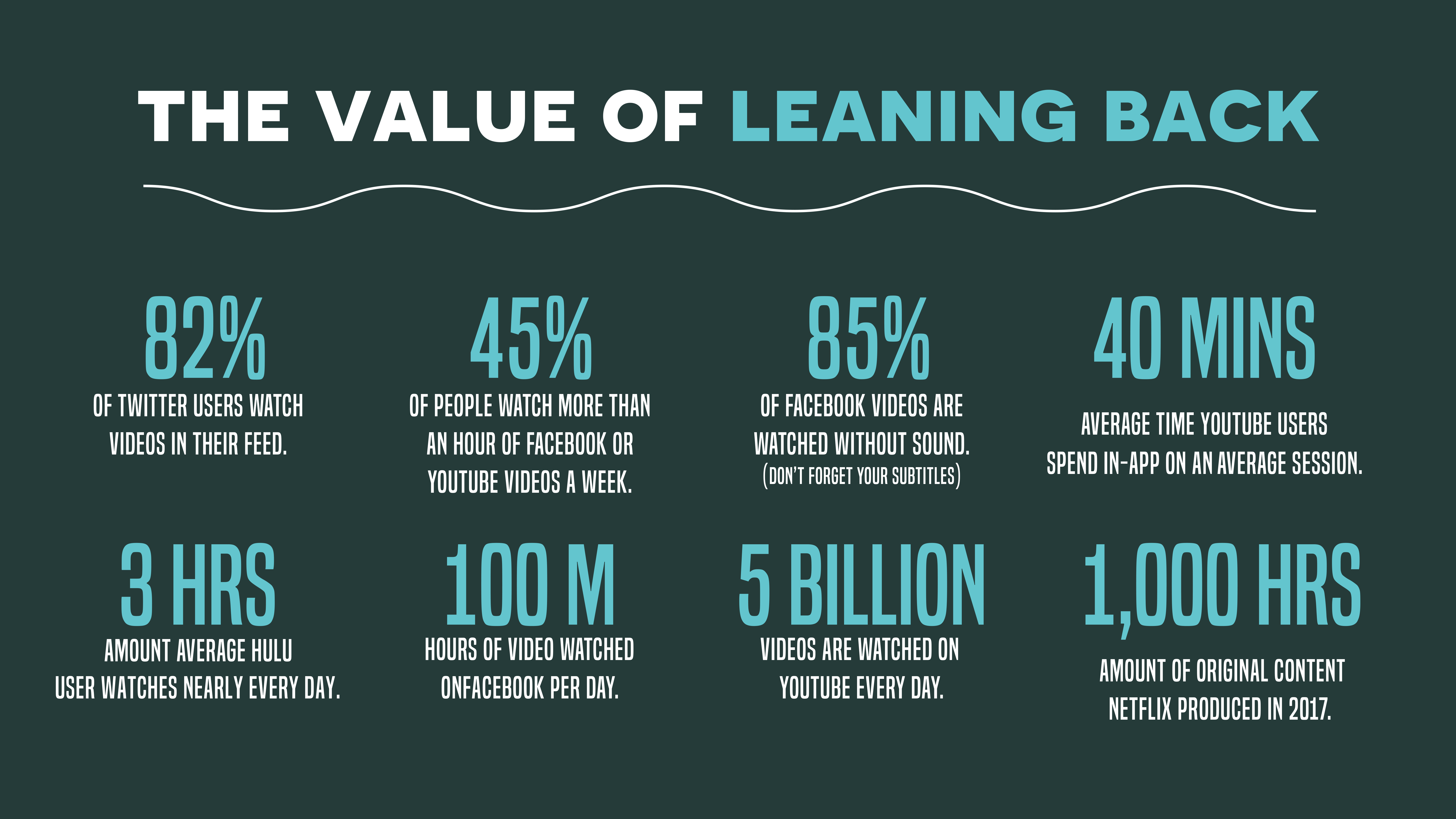 Saying A Lot with A Little