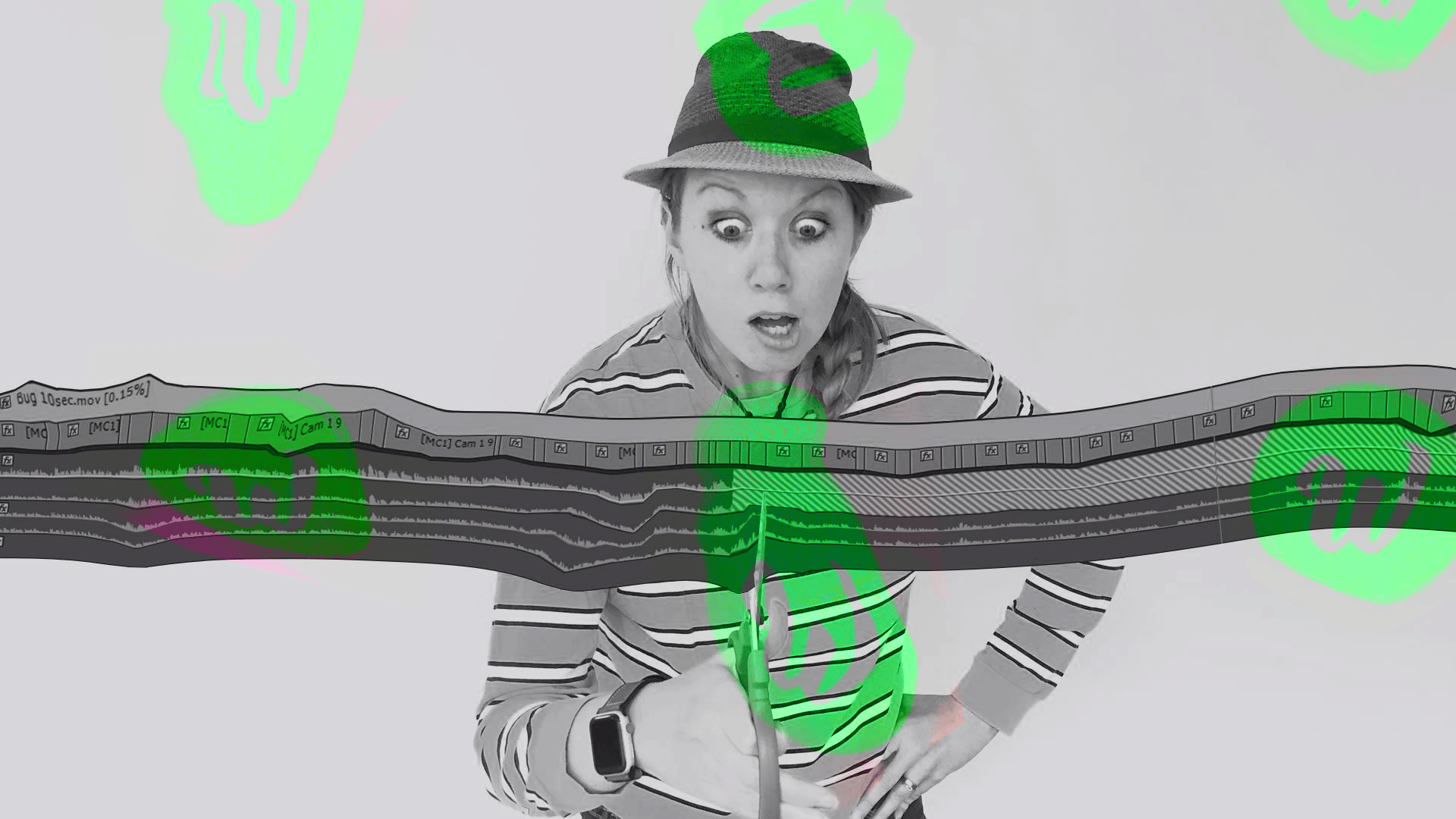 Kelsey Brannan created her YouTube channel, Premiere Gal, in July 2016 while working full-time as a Video Producer. She currently has over 130,000 subscribers on her channel, and has been able to turn her video editing passion into one of her main sources of income. She also recently joined the Wipster team to start an Ambassador program and manage creative growth.

While studying video editing and film in college, I constantly used YouTube to find tutorials and tips when I was struggling in an editing software. All these tutorials videos were free, had millions of views and the creators we’re making money on those views as YouTube Partners. I was intrigued by the success these YouTube partners had!

Five years later, after getting a good paying job as a Video Producer in digital video, I realized I was still struggling to pay bills and student loans. So I thought: What if I started my own YouTube tutorial channel? I could:

(1) increase my skills (you learn better when you teach!)

(2) I could make a little extra money.

But how exactly do you make money on YouTube?

You cannot survive solely on YouTube Ad revenue alone, at least in my subscriber tier level and category of tutorials. As a YouTube partner, you make about $2 per thousand views, which isn’t a lot. But once you have a lot of videos, that can add up each month.

Content creators  need to be smart about making content that people search for – or what I like to call making “Googleable” content. Most of my content is titled exactly how people search on Google, such as “Why is my video not showing in Premiere Pro” or “How to Edit a Logo Reveal in After Effects.” Video with titles that are close to verbatim to what people would search will increase your views and, in turn, revenue.

To make up for low direct ad revenue rate as a YouTube Partner, I also do affiliate marketing (commission-based marketing) and direct sponsorships with video products I use and love. Actually, Wipster was one of my first YouTube sponsors!

Interesting, how did that sponsorship come about?

I came across Wipster on Twitter through a fellow filmmaker.  Then, someone from Wipster’s marketing team reached out. They gave me a free account and I did a review on how to use their Panel in Premiere Pro on my YouTube channel. I remember that sponsorship gave me a lot of confidence since I had just started out on YouTube (only 100 subscribers at the time!) It also instilled the idea in me that I could use my platform to not only share my passion and help emerging filmmakers, but also potentially work with video companies to make some side money as well.

But what is Wipster?

Over the past few years, I’ve used Wipster in my YouTube business with sponsors and clients that needed to review and give feedback on my tutorials. All my clients live in different countries, so Wipster enabled my clients to leave visual, useful and time coded feedback on my videos. I found it improved our communication a lot!

The WIP in Wipster actually stands for Work-in-progress, so Wipster can help you turn your WIP into a final product to share with the world.

That’s great.  You also recently joined the Wipster team? How did that come about?

Yes, it’s funny how it all happened! I thought I was going into the meeting to do another sponsored video on my channel and then, somehow, a month later I joined the team! I basically came onboard help engage more with the creative community and build an Ambassador (affiliate) Program for Wipster. At its core, my job is to get people to know Wipster’s brand and to start talking about it more.

While I still create weekly videos for Premiere Gal, I see my current Wipster gig as a way to use my YouTube skills to help other Filmmakers and YouTube creators to understand how Wipster can improve their workflow and ultimately make some extra money too.

What exactly is the Wipster Ambassador program?

As I mentioned earlier, affiliate marketing is a way influencers and YouTubers to make some money outside of ad revenue. The ambassador program I started at Wipster is an affiliate program. Brands find people that love their product, onboard them as an Ambassador, then give them a unique link. They share that link and if a viewer uses it to sign up or buy a product, that Ambassador makes a commission of the sale. The key is, our Ambassadors are sharing a tool they love, and we reward them.

It’s a very interesting method, affiliate marketing seems like a smart way to make some extra money. Lastly, do you have any other tips for filmmakers on how to be successful on YouTube?

It requires a lot of time and patience. You need to find that line that allows you to make cool and consistent videos that people will watch and that you enjoy. The last thing you want to do is to make videos you’re not passionate about. Also, you don’t have to be on camera to do YouTube. I know a lot of channels, such as Lessons from the ScreenPlay, that use solely clips, imagery, text and voiceover!

Kelsey’s YouTube channel is Youtube.com/PremiereGal and if you’re interested in becoming a Wipster Ambassador you can go to Wipster.io/Ambassador.