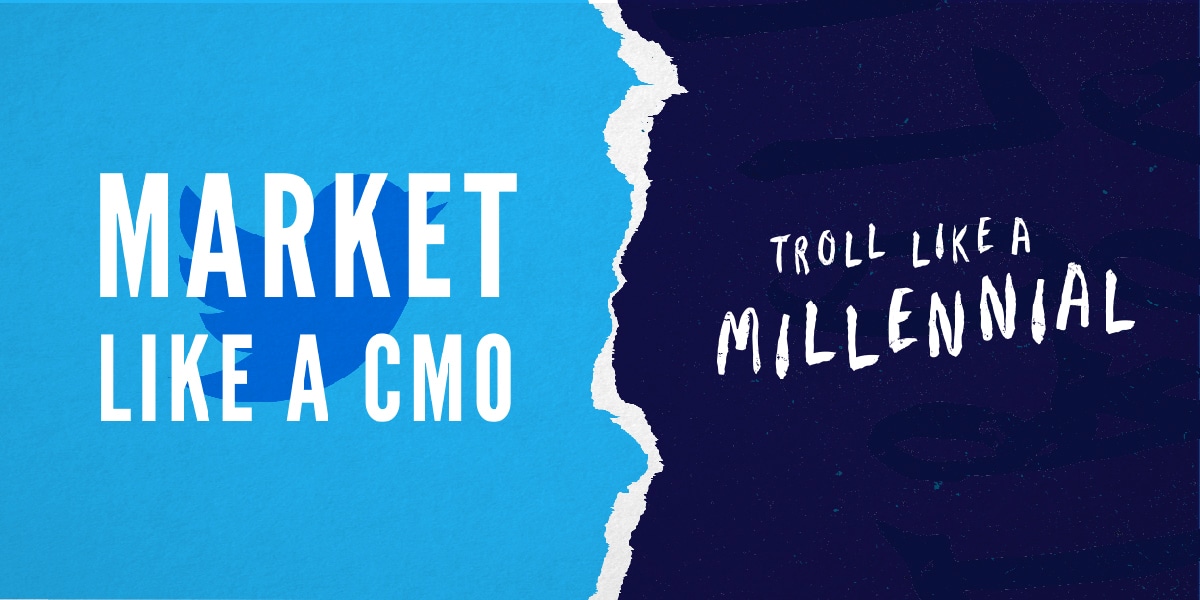 In two words, and over 60,000 impressions, Wendy’s decided a typical PR response of either ignoring or the classic “We’re sorry for your inconvenience! DM us and we’ll get you taken care of.” may not be the best strategy.

Instead, the company decided to respond to Twitter “trolls” with the same terse and tone given.

Like a mythical troll insults passerbys from under a bridge, an internet “troll” is a user, typically hidden behind a username and an @ symbol, that tweets or mentions a brand in an insulting manner. The person may not typically cause confrontation in real life, but feels comfortable causing drama through the safety net of a screen.

Taking the high road may look like ignoring the “trolls” and continuing with the marketing strategy plan. And while that’s not a bad idea, with its new, what some may call (and have called) “snarky” Twitter strategy, Wendy’s saw over 350,000 more followers from January 2016 to January 2017, according to Toast writer AJ Beltis.

“The intent of the social media team is to represent the brand’s voice as best they can,” Wendy’s VP of Advertising Brandon Rhoten told Mashable. “When folks say ‘roast me,’ we’re going to have fun with that.”

While Wendy’s might be “roasting” users on social media, they’re not insulting them. Wendy’s, Miriam-Webster and Denny’s, all accounts known for their snarky comments, have respected the fine line between humor and defaming a person’s character, or “trolling” a follower.

The fast-food chain never used their @ symbol as a safety net. They never insulted a brand or real human, but simply let facts, placed in a matter-of-fact tone, do the responding.

But it’s Not for Everyone

In a 2017 report by Forbes, Andrew Caravella, vice president of strategy and brand engagement at Sprout Social, found 72 percent of people appreciate humorous brands on social media. But only one-third of that percentage relate to the snarky brand personality. Even more, the study found 88 percent of Twitter users find it “annoying” when brands tease their followers.

What Wendy’s noticed with its first tweet, however, its audience was that one-third. The tweet saw a 30 percent increase in its typical engagement, leading the brand to believe there was something to the sarcastic tone.

Even more interesting than their new plan, Wendy’s used their tone to grow sales. Never did they Tweet a CTA, like “Don’t drag @mcdonalds into this. Grab yourself a double cheeseburger with natural salt fries!” They didn’t sell themselves to their audience. They let their tone and uniqueness do the selling.

Developing a brand personality is just as important as being present on social media. Instead of merely posting the “Come get our [insert product or good here]!” which only adds to the noise on social media, your brand stands out when it has a personality. An edge.

Take this off Social Media

Aside from the social world, the rest of the digital realm needs to grab Millennials attention. That means being present not just on social media, but also where Millennials are physically present.

In our last issue ( get in touch if you’re missing it!) we discussed digital out of home campaigns.

Through these interactive billboards, which can be found on the streets, actually in the sky like a traditional billboard or randomly in the wild, pedestrians don’t simply look at a well-designed ad. They interact with the billboard, and it responds to them.

Apoteket, a pharmacy based out of Stockholm, created a digital billboard featuring a man that coughed every time someone smoking passed the billboard. It was controversial, and a little edgy, but the brand had a point to get across.

TV is not Out of the Question

In an article published by Adweek, Jason Lynch found Millennials are, indeed, watching cable TV. ESPN took the lead, with an average of 772,000 views between the ages 18-49. But not far behind sports was HGTV. Chip and Joanna garnered 478,000 viewers between the same age set.

Of course, messaging your ad to those channels is a completely different article.

Go Where the Numbers Are

Though we found where Millennials are on TV, more are on social media. Of course.

As of January 2017, the Pew Research Center found:

Each one of those platforms has its own person. Its own tone. Its own personality. Though it seems like a lot of work, your brand will also need to adapt its brand personality to match the medium.

And that may be trolling. But do it like a CMO.