Marketing in the Metaverse 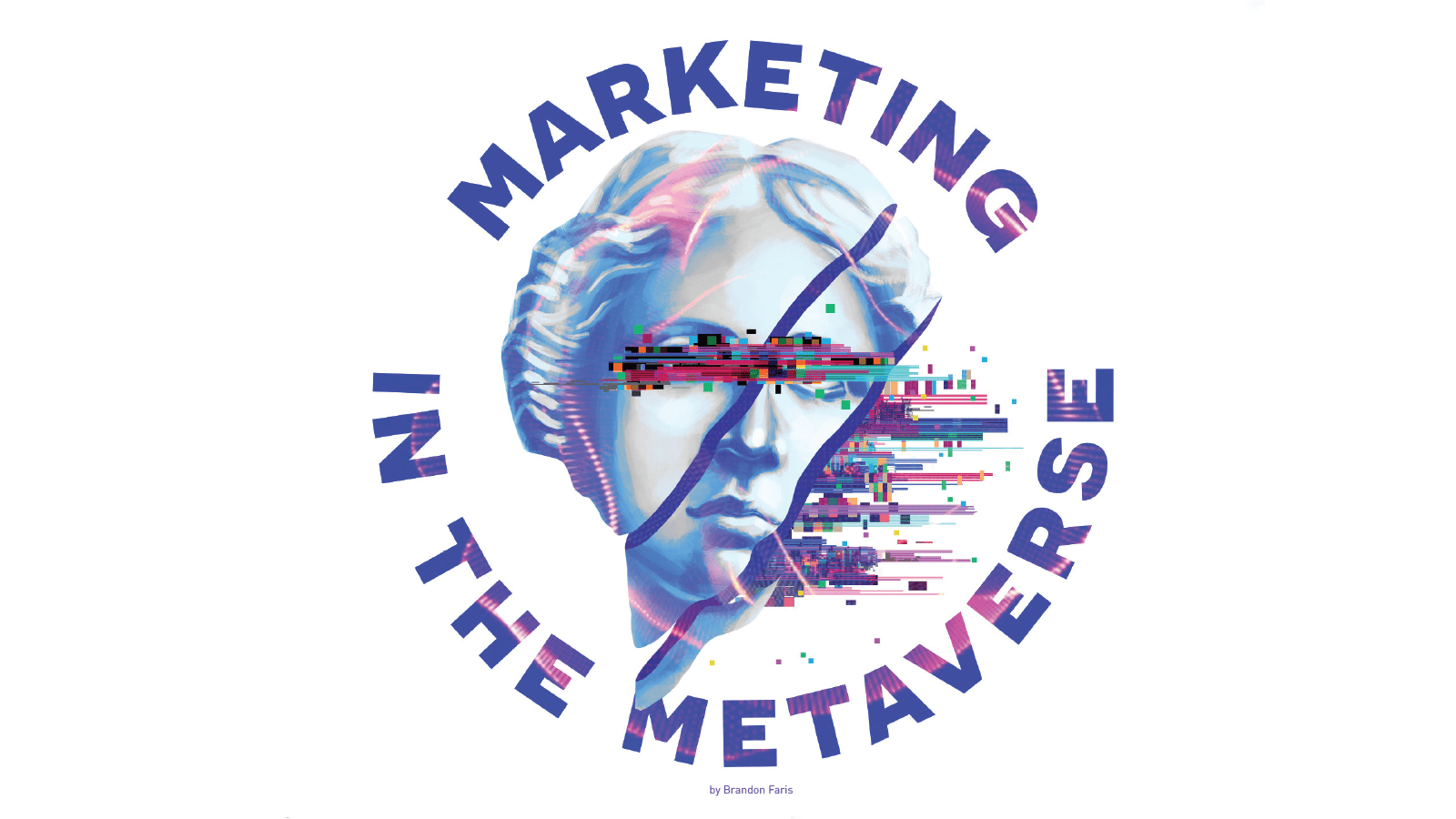 Inventor and Futurist Ray Kurzweil (yeah, the keyboard guy) talks about an idea called “The Singularity,” or the point at which man and machine become one. When this happens, users will no longer need goggles or a controller. Instead, digital consumers will simply close their eyes to launch their preferred experience.

Digital marketing is advancing so quickly with technology, The Singularity is coming sooner rather the later.

Consider the timeline between revolutionary advancements: Broadcast radio to the TV took a long time. The transition from TV to digital videos took less amount of time. And digital screens to virtual screens – something we’ve experienced in the past couple of years – took even less time. The timelines are speeding up between advancements in technology. Virtual is happening now, yet brands are still trying to keep up with digital.

Fighting for dollars and cents in the physical world is the past time of a dying generation. The real opportunity is in the virtual world – the Metaverse. And brands that are not thinking about virtual economies might already be dead. And if you saw a video game controller and skipped over this article, you’re going to miss the forthcoming marketing trend sure to hit a wide audience.

From the point-of-view of a director that makes video for brands. When the virtual world hits, everything is about video. And this a world that doesn’t have gravity – video here does not have to succumb to the boundaries of this earth.

The concept of the Metaverse is most famously outlined in Ernest Cline’s “Ready Player One.”

“It was the dawn of new era, one where most of the human race now spent all of their free time inside a videogame.”

Although fiction, this world is vastly becoming reality. A reality driven by huge profits. AR, VR and gaming are leading the way into what our lives will look like tomorrow. If you follow the money trail, you most certainly will see a pathway forward. Huge amounts of cash, time and resources are being funneled into the creation of the virtual experience. And marketers are panicked to get a piece of this pie.

Brands like Netflix, Oculus, Twitch, are in an arms race to owning a piece of this virtual world, launching their own web-based gaming platforms.

One individual working toward this future is Epic Games CEO Tim Sweeny. His cash cow video game, Fortnite, is a sandbox testing the infrastructure for the new economy. In a 2019 Business Insider article Sweeny said:

Sweeny went on to predict a new, virtual economy in gaming futures. He sees a future where physical humans have businesses in the virtual world, and will pay other physical humans for their work in the virtual world. Access to this new economy isn’t limited to pre-teens with sweaty palms grinding out their weekly objectives and racking up kills. It’s not exclusive to the small percentage of game developers and tech giants. The new economy is everyone’s.

When there are goods and services to be sold, marketing can thrive. Whether or not the goods and services are physical, virtual or intellectual, it doesn’t really matter. Those that are having this conversation of the metaverse or of virtual economies – you’re still playing a game for likes and thumbs up. Those playing for hearts and thumbs up are riding the wave on the downward push of the social media bell curve.

Every relevant brand should be doing a Metaverse SWOT analysis  – evaluating their strengths, weaknesses, opportunities and threats. Brands should already be asking themselves:

Basically, asking how your brand would work in a virtual world. Asking the SWOT questions to set you up for the future.

These questions might seem absurd, but take Blockbuster. History has proven it is possible for digital world to destroy a physical world. Netflix certainly feels this threat and doesn’t plan on sitting idle like its predecessor. In a recent shareholder letter Netflix was very clear about the threat:

“We compete with (and lose to) Fortnite more than HBO.”

Netflix has since invested in its own online gaming platform. Netflix, Amazon, Google and Apple may not share the same passion and vision as Sweeny for creating the Metaverse, but they do want the cash. And the numbers indicate that the viewers, are moving to these gaming platforms.

Jack Myers, founder of MediaVillage and economic forecaster, projects investments in videogame advertising will grow from $1.9 billion in 2016 to $2.3 billion in 2020. According to SuperData, there’s now a bigger audience for gaming video than the combined audiences of HBO, Netflix, ESPN and Hulu.

But this conversation isn’t about putting your brand mark into a video game. It’s about thinking differently. Advertising has evolved from the days of billboards and banner ads. Brands are constantly evolving to provide less noise and more value.

Consumers are willing to trade their time and attention for things and experiences that are meaningful. In a Metaverse where anything is possible, brands will have to shift the conversation from what is to what could be.

Soon, digital will no longer be a buzzword. We’re moving so fast as a society, brands have to be thinking about things that don’t yet exist in order to be relevant. Who knows what’s going to happen in the future (virtual, obviously) but we’re challenging you to ask those questions so your brand is prepared. But you have the ideas and the plans, but leave it to us to execute you there.