“I think it’s a well-kept secret, but historians will remark how 2015 was the beginning of the end for Facebook.”
– Michael Spencer, September 2015 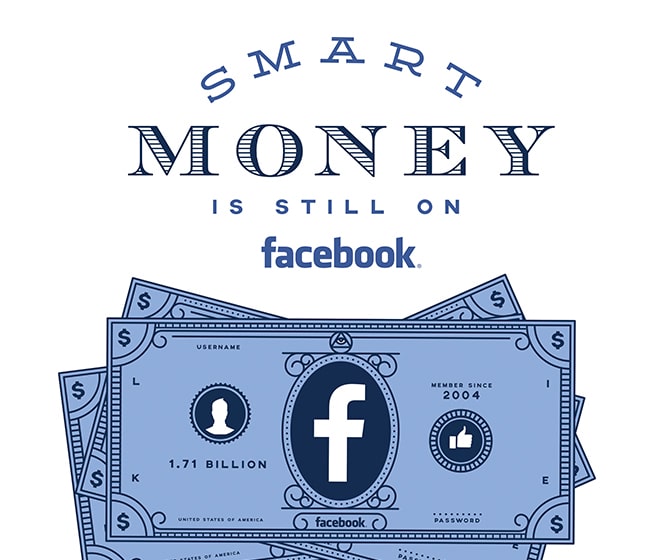 Mark Twain once said, “The reports of my death are greatly exaggerated.” Somewhere in Palo Alto, California, another Mark probably wishes he had thought of that line first. I would almost feel sorry for Mr. Zuckerberg if he weren’t worth $54 billion.

The fact of the matter: Facebook continuously beats investor expectations and continues to grow both in value and in users. But, this article isn’t about Facebook as an investment opportunity. It’s about Facebook as a content distribution channel. In both cases, however, your money would be best bet on Facebook.

Keep, or start, distributing content that matters. Your audience — all audiences — are still on Facebook. The site may not be the hot, new thing anymore. It doesn’t have the shine on it that Yik Yak, Kik, Peach and others have, but it has something much more important. Facebook has inertia, money, apps and more importantly, audience, to remain the primary social media advertising platform. It has been, and remains, the place where people share more of their life events and the premier publishing platform for news and opinion.

Farhad Manjoo wrote in the New York Times, “To techies who laud Apple for its hardware and software design or Google for its data prowess, Facebook has long looked a little frivolous and more than a tad faddish.”

Despite lasting a dozen years as countless “Facebook Killers” have come and gone time and time again, Facebook gets no respect.

What About The Teen Problem?

You may have heard that Facebook is lagging among teens. That depends on your definition of “lagging.” Lagging against what? A 2015 survey by Pew Research Center stated that more than seven out of 10 American teens use Facebook. The next most popular social media app, Instagram (52%) also happens to be owned by Facebook. Snapchat (42%) and Twitter (33%) round out the rest of the top tier apps.

When you expand the number of Facebook users to encompass Millennials (in this instance, those aged 15-34), 91 percent of them sign in regularly.

It’s undeniable that Facebook isn’t hip anymore, nor has it been for some time. The average user age is going up, and it lags behind Snapchat and Instagram in being the social media app that matters most to teens.

Digital marketers should not be swayed by which icon has the greatest real estate on a teenager’s phone. What we need to focus on are two simple questions: Where is my target audience spending their time online? Then, can I deliver my content to them?

We know how to answer those questions for Facebook marketing and distribution.

With apologies to our dear friends in America’s panhandle, I believe Facebook is like the Florida of the social media world. Both are easy targets for ridicule, the residents are older and what happens there ain’t always pretty. Business, however, is booming and people still come to visit by the tens of millions — or in Facebook’s case, hundreds of millions. Sure, one day it may fall into the ocean. But neither will be going away anytime soon.