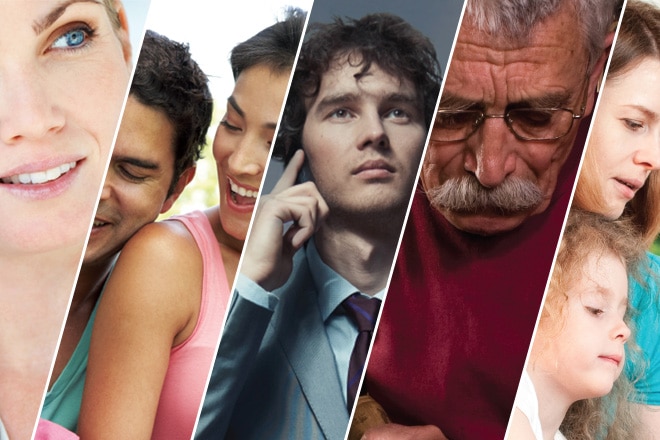 RETHINKING SOCIAL MEDIA COULD BE A SMART MOVE.


Social media is not just a trend. It is a uniquely versatile tool for connecting with customers, and can have a powerful effect on your company’s bottom line. Social media can help you with everything from advertising and public relations, to R&D — if you know how to think about it. Designing an effective social media strategy requires a holistic approach. You have to think big. But, you also have to think small.


In recent years, most companies have gotten pretty good at jumping aboard social media platforms to secure a presence, build a fan base, and create buzz about the products and services they provide. There is little doubt marketers truly understand the power of social media to push a message and love the freedom and fluidity it affords.

Yet, all too often the insights gained in the social space either never leave the marketing department or fail to reach the product development cycle in time to make a substantial difference. This is because many companies treat social media as if it were a 20th century tool like TV or radio. Companies use it to push a message, but underutilize its ability to pull information, all the while patting themselves on the back for their adoption of new technology.

In order to break this cycle, and take full advantage of the connection with consumers that social media provides, C-level executives must realize that the marketing department no longer serves as just a mouthpiece, but also an ear, and make organizational changes that take advantage of this new role. One way to do this is to alter how success is measured. In addition to metrics of profitability and value, companies should view social participation, cloud conversations, segmented marketing activities, and customer data as indicators of their organization’s growth.

This isn’t to suggest that price structures and brand equity decisions should be based solely on evidence garnered through tweets and posts. It does mean, however, that the information gathered from social media monitoring should be respected for the valuable data that it is.

If like many companies your social media is handled by college interns, it’s a sign you’re still treating this powerful tool like kid stuff. It may be time to develop a grown-up, sophisticated approach to social media that includes a well-designed strategic system with a feedback loop to the C-Suite.


In 2008, a musician named Dave Carroll had his guitar broken on a United Airlines Flight. United refused to pay for it. So Dave fought back with a fairly new and very powerful tool for consumer advocacy — YouTube. He posted a country-style music video describing his ordeal and lampooning the cold and indifferent attitudes of the United Airlines employees involved. It went viral like small pox, except the only one who got sick was United. In just over a week, more than 3 million people had seen the video (today the number of viewers is greater than 10 million), and more than 14,000 people commented on it, many of them recounting their own bad experiences with the airline. It was a disaster for United, but an important lesson for the rest of us — in today’s media landscape any one person can have a big impact on your brand.

The good news is the power of social networking can work in your favor, too. Social media is word-of-mouth advertising on steroids. If you can nurture those people who truly love your brand and get them even more excited about it, they can spread that love to hundreds, thousands and even millions of people.

A good example of how this works is the wildly popular Old Spice campaign. After the TV spots went viral it caused a great deal of chatter in the social media sphere. Instead of just letting people talk, Old Spice sent videos featuring personalized messages by the Old Spice guy himself, to many of the most popular bloggers and Twitterers who had commented on the commercials.

The results were phenomenal. Although Old Spice Body Wash line sales declined by 7% in the months immediately after the TV spots went viral, they rose by more than 100% in July after the social media campaign kicked into gear. That’s right, social media can have a direct effect on sales. And that effect is only going to get greater.

Social media is quickly evolving into social commerce. Whether through a computer or a smartphone, people can not only recommend a product to others in their social network, but also can include a link to buy it. Just as the social community is anywhere people want it to be, so is the marketplace. That means fans of your brand can actually serve as salespeople, and their virtual sales floor is literally everywhere.


This statement may have an old- fashioned ring to it. But, thanks to new-age technologies, this age-old advice is truer now than ever. These days, customers have a lot of power. The question is will that power work for your company or against it? If you start conversations and listen, listen, listen — you’re on the right track. But you must be hyper-attentive about who leads discussions and serves as an advocate for your brand. Raise the bar on your company’s social media performance, and you’ll raise your bottom line with it.

According to Nielsen, 30% of shoppers have smartphones, with predictions of 50% adoption in 2011.

Thanks to mobile devices and an array of emerging technologies called location-based services, marketers can now: