The Future of Media 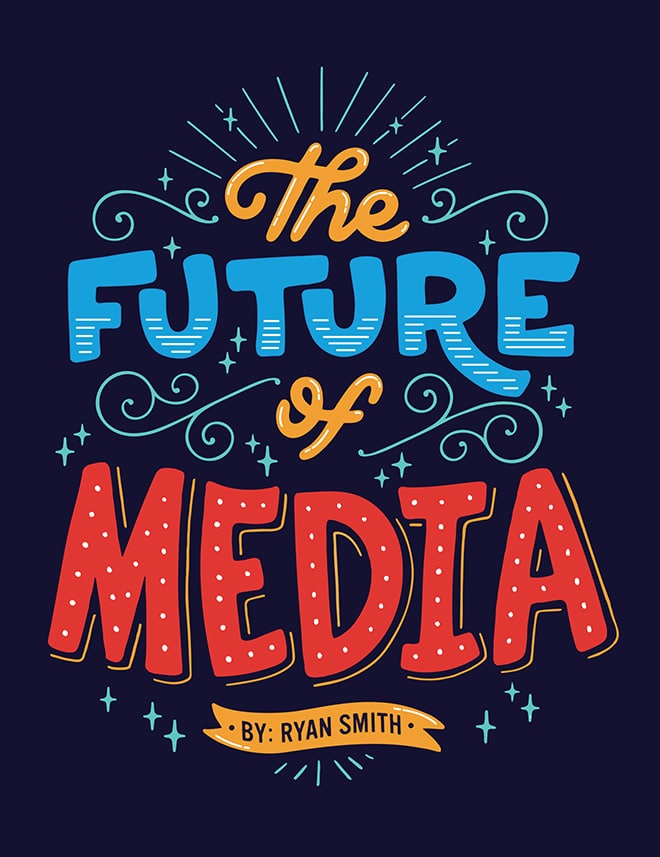 I discovered my new, favorite TV show while riding a train. That simple sentence would have been dumbfounding to people in the not too distant past — but there I was, watching HBO’s “Silicon Valley” on my iPad, trying not to annoy the people around me with laughter. I call it my new, favorite “TV show,” but TV had nothing to do with that experience.

I’m at the tail-end of what would be considered a Millennial, but barely. I’m too late for Gen X, but I also don’t have a lot in common with 15-year-olds either. I lived in a world before the Internet (and that goes without mentioning, a world before Netflix, YouTube and HBO Now.) I would consider myself more of a digital native than digital immigrant. Even though I remember, as a child, not getting home in time to watch my favorite show meant I didn’t get to watch that episode at all.

But there I was, watching the 24-month-old pilot episode of a show when I wanted and where I wanted. This was how media should always have been, but we were limited by technology.

Other than sporting events and live shows like the Oscars, is there anything enhanced by watching television live as opposed to on demand at a later time?

Today, we live in a world where grandparents and their grandchildren have their favorite shows saved on a DVR or ready to go with a few taps on their phone. The market has spoken: Consumers require always-on media, based on convenience and control. This is the future of media consumption. Broadcast and cable television with their “watch the latest episode at 9/8 Central” may one day become a vestigial organ of the media world. Much like an appendix, traditional TV viewing will be a part of us, but its presence will have outlived its purpose.

“Finally, after decades of dictating what we can watch and when, the networks would be reduced to a Web widget, functioning at the user’s whim. Just as it should be.” – Jason Kilar, Former CEO of Hulu

Empowering me, you and everyone else to watch what, when and how they want makes media personalized. And personalized media gives brands the opportunity to create new and better advertisement experiences. 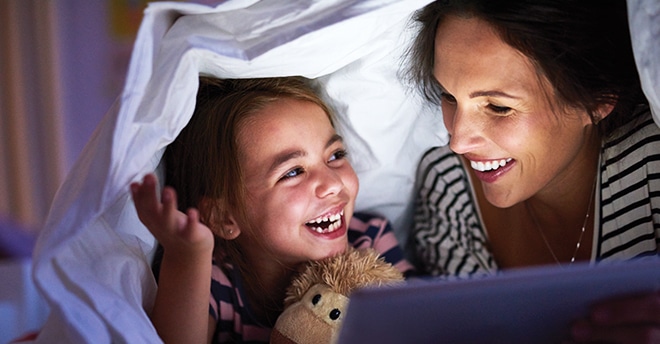 The demand for content and its consumption has never been higher, and television continues to rake in the largest share of ad buys. Part of this gap between traditional and digital spend is as advertisers shift money from TV to digital, they expect to save money as a result. Thus, digital has a deflationary effect on ad spending, so far.

In response, digital marketers have fought an uphill battle to not only take money from traditional ad spends, but also keep the same overall budget.

The digital transition happened slowly, but according to a study by eMarketer, digital ad spending will surpass TV spending in 2017. Even further, by 2020, TV’s share of total ad spend will drop below one-third. Facebook has become the gold standard for direct-response ads, even though it lags when it comes to getting big ad buys from companies looking to bring general awareness to their products via TV. The future of media isn’t being shaped by broadcast versus digital, but by a blending of the two as partners, with digital slowly taking more share.

While it may have taken a while (and longer than many digital marketers thought), digital advertising has finally broken through traditional media buys in new and exciting ways. And it all has to do with the ability to hyper-target messages to segmented audiences. This takes us back to my original story of riding on the train. 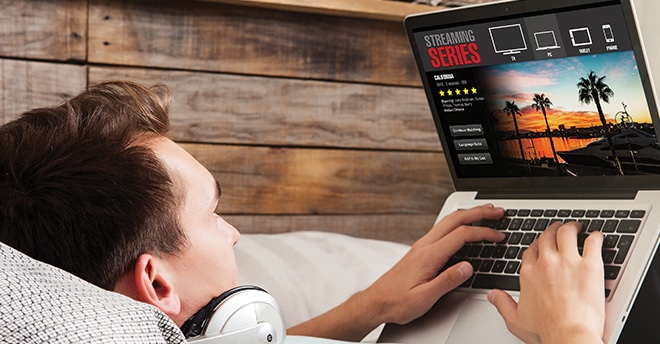 Let me ask you a question: How much information could you gather on me just from my Netflix history? You would see I have a wife and a young child, based on user profiles. You could assess my general age based on the abundance of classic ‘80s movies, like “Back to the Future” and “Money Pit.” I’m a sports fan and have watched just about every baseball and golf movie available to me.

That’s only scratching the surface. Taking a step back, you could compare me to other people with similar tastes in movies and lifestyle. Suddenly, you can make connections about things like household income, other media outlets I frequent, my level of education and more. Netflix doesn’t sell ads directly, but they do sell this data to third parties.

With every view of a video, click of a link and purchase from Amazon, a clearer picture of who I am comes into focus. I recently saved thousands of dollars by watching a DIY YouTube video that enabled me to fix my boat’s speedometer myself.

I was happy to save money and YouTube (owned by Google) now knows I have a boat. So when I go online and watch a video, the pre-roll ad for a new truck can be hyper targeted to me, showcasing its storage space and towing capabilities. I get an ad that is relevant to me and the ad buyer shows their ad to a relevant audience. That’s a win-win.

Don’t let the simplicity of this example fool you. Hypertargeting messages like this is a seismic shift in how ads will be created and displayed.

As video viewing goes on-demand and mobile, ads should be hyper-targeted to match each individual’s experience. Instead of the “Spray and Pray” method of broadcast advertising, in which you will see ads for trucks, fast food, beauty products and a hospital all in the same commercial break, niche audiences built around shared demographics and interests emerge. And real-time bidding for ad space becomes the new ad-buying norm.

What if, instead of spending $250k on a single commercial production, you spend $250k on five commercials for the same product, but each highly-targeted to a specific persona. My wife and I are both interested in travel, but what appeals to about travel us is very different. What a trip to Vegas would look like to me is vastly different from what it would look like to her. When should I see the ad compared to when the optimal time is for her to see the same, or possibly different, advertisement? These are the questions digital marketers need to solve for their various audience members. 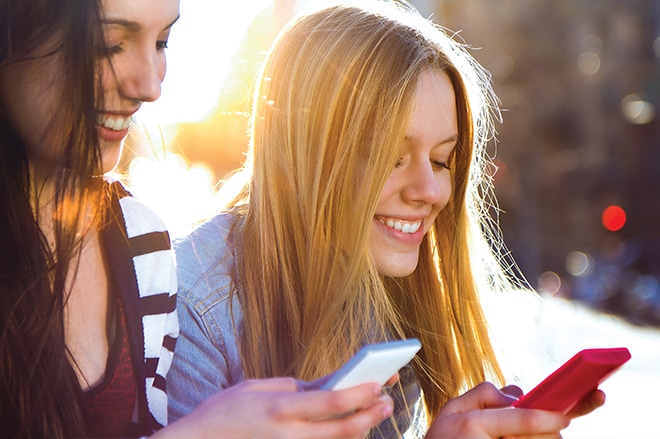 Advertisers have to rethink their approach. And it starts with getting small. While Super Bowl ads have become a sort of annual cultural moment, it highlights the challenge with ad spends. It’s about being big in scope and broad in reach. Traditional ad buys are about how many people you can reach. But digital ad buys are about how targeted and relevant you can make your targeted ad.

Let’s explore a few examples of what this looks like in the real world.

A person is in the lobby of a hospital, browsing the Internet on their smartphone. Which ad is most likely to appeal to this person: a new lawnmower, a store-wide furniture sale or a post-acute rehabilitation center for people recently out of surgery? My bet is on the latter.

A person signs onto a hotspot at a Starbucks coffee shop. Knowing Starbucks’ potential demographic, is this a good or bad person to sell your line of cold-pressed juices and organic nut protein bars? My bet is they are right on the money.

Instead of hoping your ad is seen by your target demographic during a TV show, ad buying now takes place in an RTB (real-time bidding) environment. You buy advertising units in an ad-exchange with a lot of publishers (Mashable, CNN, TMZ) and you bid in real-time for ad space against other brands that are also competing for the key audience you need.

This is currently the little sibling of the ad-buying world, but it will not be so for long. As a matter of fact, programmatic TV buying may well be the future of all things TV advertising. But that’s for a different article.

In this new media world, your advertising budget goes to data collection and tracking, creating content and to distribution. This, in turn, makes your cost-per-thousand views increase, but overall decreases on spend and a higher return on investment. And in the end, consumers have a better experience because they see ads that are relevant to them in offering, style and timeliness. It’s not magic; it is simply how advertising always should have been and we are finally creating this future.

Advertisers can take advantage of these changes, but the consumer really should be benefiting. Online consumers will benefit from the future of media, both in a rich advertising experience based around their wants and in being reached more accurately by the products and services they desire.