The Multiple Personalities of Social Media 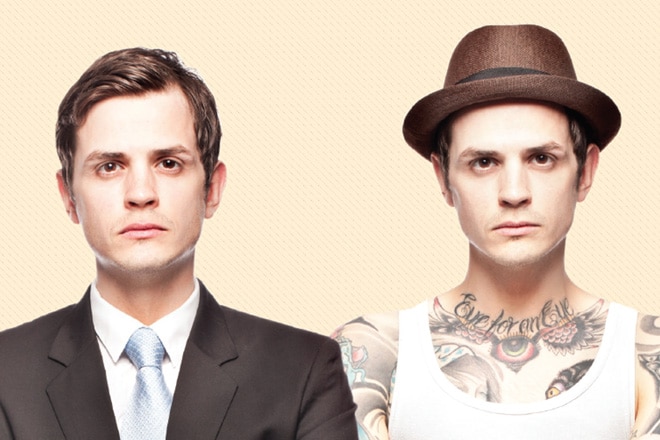 So your brand dove head first into the deep end of the social media pool, you have more social channels and pages than you can shake a stick at, and you’re still trying to get a grasp of how they can all benefit your brand in a way that drives sales, awareness and impressions. Good job, at least you’re getting out there, but if you’re not careful about how you present yourself on all these channels you run the risk of presenting a very disjointed, “un-brand-like” experience for your fans.

As you already know, there’s a whole world of social possibilities waiting for you. But, with more social properties comes great branding responsibility. If done properly, you can create a consistent appearance across the board. If done poorly, you can, well… really screw things up.

The beauty of social media is that it allows brands to distribute content to their “fans” in creative, interactive and sometimes even, unbelievable ways. The downside to social media is that it does present some creative challenges when it comes to design. Outside of creating a blog, not many of the social media channels allow for much flexibility in design, so the key will be recognizing the things you can keep consistent across all of them and sticking with it.

Since most social media pages don’t allow for much customization, it’s key to identify what you can change and work with within those parameters to create the most visually appealing brand experience possible. There are also some things across all the channels that allow you to identify your brand as, well, your brand. Profile icons, for example, are pretty consistent in every social space. Keeping a consistent profile icon in each allows users to feel comfortable that when they switch from your Facebook Page to your Twitter Page, that they’re landing on the official “insert company name” Page.

Beware, there are a lot of fakers out there. Official and unofficial pages aren’t always clear, so consistency in some brand elements is really important to ensure your audience that they’re actually interacting with your pages and not some poser’s pages. The last thing you want is for your audience to get brand confusion because someone with a sense of humor decides to take your brand’s social personality for a joy ride.

At the end of the day, the most important thing to remember when you’re swimming in the murky social media waters is that consistency will help keep you afloat when it comes to design. Be consistent. Be very consistent.

CONSISTENCY IN DESIGN IS KEY


Less than 7% of Fortune 500 companies are even on major social media sites like Facebook and Twitter. So, for these admitted online Public Relations Disasters, we really can’t blame them for trying. What we can do is point out the mistake, identify the opportunity, and all learn from someone else’s goof-up.

When you’re posting to social media properties on behalf of a brand, you have to take on the brand’s persona. Unfortunately for Chrysler, their agency of record had an employee who was unclear on this concept. In 2011, an update to the @ChryslerAutos Twitter account sparked outrage throughout an entire community, and company. The rogue tweet dropped the f-bomb when referring to the driving abilities of Detroit motorists. Chrysler responded immediately and deleted the tweet. These types of one-off offensive posts can be avoided, but they can also be forgiven. Lesson learned? Trust your partners, and ensure you shore up your strategy and social media ‘voice’ before you engage publicly with your audience.

The lesson here is to make sure anyone who is posting on behalf of a brand, is either very savvy or micromanaged. An employee of the American Red Cross posted an embarrassing tweet that went unnoticed on the brand’s Twitter feed for an hour. In Twitter-land, that’s more than enough time for people to take notice, and respond – it was reaction time. Thankfully for the brand they had a savvy PR pro at the helm who responded appropriately, and turned what could have been a not-for-profit nightmare into a fundraising opportunity!

Earlier this year, Australia’s Army had to answer to public outcry when serving military personnel posted racist and sexist comments on a private Facebook site. While the site was private, and we advise against interfering with the posts of friends/users, in this case, the “brand” had to get involved. To keep Facebook safe it’s up to the brand’s creator (in this case the Australian Army) to remove any posts that bully, intimidate, harass, or otherwise attack. The disaster here is not that it happened (as this was not the Army’s only allegations of abusive and sexist behavior), it’s that it wasn’t reacted to until someone blew the whistle.

We all know the story. Boy likes girl. Girl likes boy. Boy (who is a New York U.S. State Representative) sends explicit photos of himself to her, via his public Twitter account. Oops. This is an extreme case, obviously, but we’ve seen this a lot across all social media outlets. The person participating in the social media activity doesn’t fully understand what public and viral mean. Here’s a key learning from Weiner’s devastating gaff: anything you send over your social properties can be used against you – so stop, think, then post.

The hardest thing for companies to accept, in this digital age, is that they are not in control of user feedback. Belkin decided (unwisely) to take that control back – and not surprisingly – it backfired. The company posted an ad offering payment for a 5/5 positive review of any one of their products. Unfortunately for them, a savvy young consumer stumbled upon the ad and decided to blog about it. The story then got picked up by the New York Times. It took mere hours for this blunder to become public and create a windstorm of bad press. What Belkin failed to realize is that if their product deserved good reviews, it would get them organically. There are other ways to gain positive feedback, and it starts with basic business 101.

SO, WHAT HAVE WE LEARNED FROM OUR FRIENDS IN PR?


• Make sure you’ve got a communications strategy associated with your social properties.

• Having a PR and Social Media savvy partner at the helm will help you maintain a positive and engaging presence on your social media properties.

• Monitor your social properties daily so you understand what the dialogue is between your brand and your audience.

• And, above all, DON’T send inappropriate images of yourself over any social media sites!


From allowing us to interact with the stars of our favorite television shows (while they’re broadcasting) to breaking the rectangular boundaries of a traditional Pinterest board, here are five social media trends we are totally digging right now.

During the 2012 Olympic Games, the six-hour delay in event coverage didn’t stop Americans from knowing the latest and greatest event standings and results. During the Olympics, more than 150 million tweets were broadcast on the international stage that is Twitter. And even before NBC’s Games webpage or apps could spread the news, the world already knew. How so? Social media.

Are you just now noticing the hashtags that have become as commonplace as network logos on the bottom of your flatscreen? You are not alone. The trend of social TV has gained enormous traction in 2012, and will only continue to grow as the number of people watching TV and accessing mobile devices simultaneously continues to rise.

An example? During the August 28th finale of the ABC Family show “Pretty Little Liars,” more than 1.6 million tweets came in using the promoted hashtag during the hour-long episode. And, if you break that down, that’s more than 450 tweets per second.

We love brands using conventional channels in different ways. Take Peugeot, for example. The French car company’s Pinterest boards take the highly visual nature of the ever- popular social media site, and use it to their advantage in a way few, if any other, brands have. Don’t be confined by the seeming parameters of a social channel. Like Peugeot, you can find a way to MacGyver in some flair to your social properties.

Give people data, even when they don’t realize it. Would you like to know a brief history of trucks? There’s an infographic for that. How about a kitchen cheat sheet that shows all metric conversions, cooking methods, refrigeration organization and more? Give people the information you want to tell in a new, fun way that is highly shareable. Not only will you position your brand as an expert in, well, something, but you could have the next viral infographic, worthy of a “Like”.

However proud we may be of the awesome dinner deal we’re about to score, presenting a crumpled up coupon to the server at the end of a meal can really put a damper on a romantic evening. Credit card company American Express found a way to avoid this little buzz-kill using social media. They recently launched Twitter and Foursquare integrations that enable cardholders to sync their cards with social accounts in order to redeem in-store discounts and offers with a simple tweet or check-in. For example, an AmEx cardholder who syncs their card with Twitter can re-tweet a special offer hashtag (say for $5 off dinner at Tom+Chee) and the discount will automatically be applied to their synced card. So, you can say goodbye to those pesky printouts, coupons and promo codes and hello to easy savings.