What the Survey Says 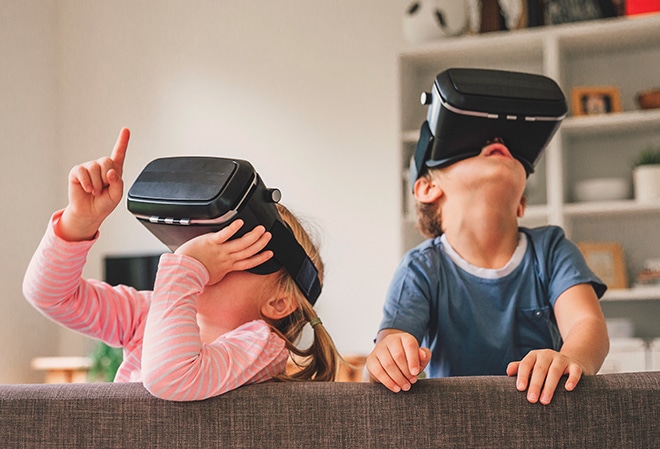 One of the many challenges in the advertising industry is understanding how and why consumers are influenced by the messages they receive. As marketers, we seek to prove ROI and maximize engagement in our media planning and channel decisions. This is made increasingly difficult with new emerging technologies because of their lack of sophisticated targeting and performance data.

New technology, such as virtual reality, wearable (watches), smart home assistants, podcasts, augmented reality, etc. have been growing in public adoption and quality in the past several years, but exemplify technology that still has questions surrounding its viability with advertising as a source of revenue.

We started wondering what the future of advertising looked like from the perspective of the consumer, and what insights we could discern about modern consumer behavior with emerging technologies.

What devices do they prefer use? What is the channel they will most likely remember an ad on?

We surveyed online users from our LEAP Panel database to answer those questions, and more. Asking 20 advertising-related questions about demographics, experiences, brands, preference and behavior, we found a range of interesting results which were informative and surprising.

What We Found – Top Highlights

Connected devices are among the most frequently used emerging tech.

Smart TVs, wearable tech, virtual assistants and smart home devices recorded double-digit daily use, while other technologies, such as virtual reality, podcasts, video blogs, FB live, etc. all recorded single-digit daily use. For advertisers, this means, when it comes to emerging technology, connected devices are the best places to reach an audience.

Reemerging content platforms (Vlogs and podcasts) were high in awareness, but low in frequency of use.

VR is a true “emerging technology,” predicted to be most popular tech in 5 years.

In five years, the most popular emerging technology is predicted to be VR (29%), smart home devices (20%), and virtual assistants (18%). Brands and advertisers need to keep an eye on content production and device sales. And when the shift in preference occurs, they can be ready to engage users in new ways.

Live Social Media is considered a “flash-in-the-pan” by many – It’s ranked as the most popular emerging tech of today by 25% of participants and predicted to be obsolete in 5 years by 21%.

At the moment, live social media is in a nebulous place. Consumers both seem to like the idea of it while also loathing its existence — expecting it to be either a stepping-stone to another tech or hoping it just goes the way of MySpace.

When asked which advertisement experience they were most likely to remember, users picked traditional advertising channels as the top four choices. In the current environment, consumers think traditional media, over emerging tech, is the most effective way to go. But with the Millennials surveyed, it was a mix of both.

Millennials are a tech generation and often early-adopters. Of the millennials surveyed, 52% said they would be “More likely to remember” an emerging tech ad, compared to 64% of others surveyed who said it would have “No impact.”

Overall, emerging technologies, despite some high use and preference for engagement, still have growth challenges with content production and hardware distribution before they can truly be considered by advertisers as viable channels to reach consumers.

On the other hand, consumers are generally open to being advertised to in the future, through forms of emerging technology. But traditional advertising still remains the strongest in access, reach and recall.